Be sure to check out LA-Based Pinoy Beat Producer, Igorotak Beats featured at the Best of the Fest stage area! 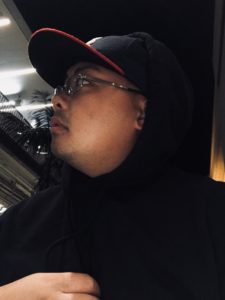 Igorotak Beats is a hip-hop artist/producer based out of Los Angeles, CA. His government name is Peter Dacanay and is originally from La Trinidad, Benguet and is of Igorot and Pangasinan descent. He’s been making music since he was young, but has been deejaying and making beats professionally for 10 years. Peter has been influenced by the likes of the Neptunes, Wu-Tang Clan, J Dilla and The LOX and it is willing to extend that tradition not only to the realms of Filipino hip-hop but through the hip-hop industry as a whole. Check him out on YouTube, Facebook, and Instagram  @igorotakbeats